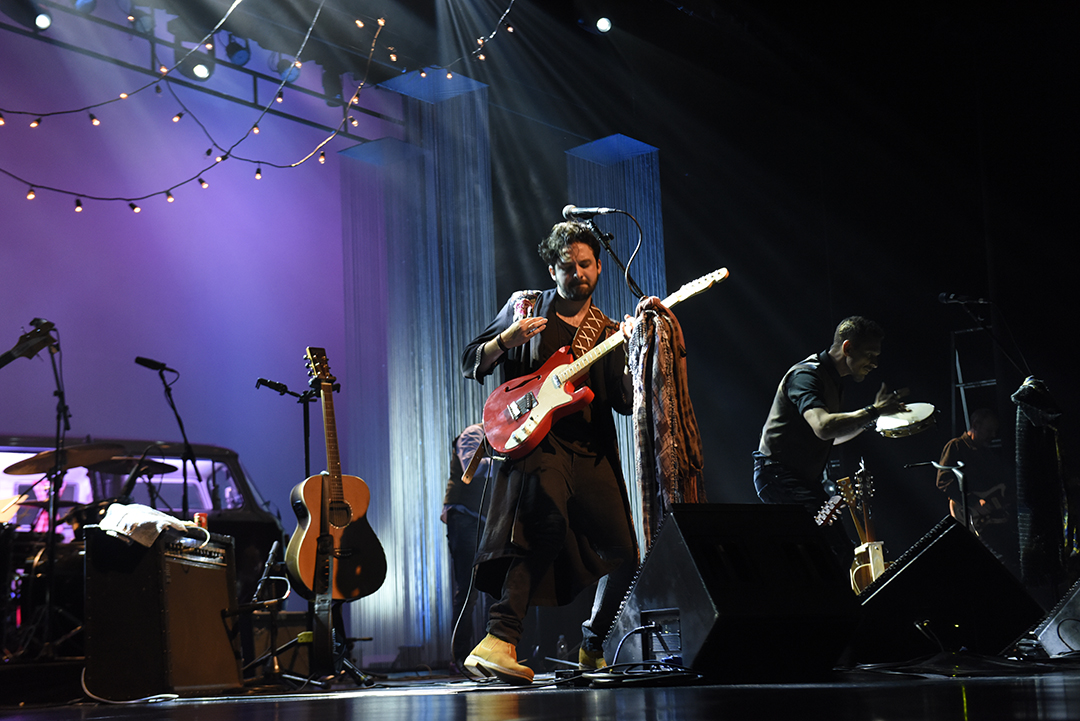 Jonavo is a Brazilian Pop Singer and Songwriter from the West side of Brazil near Pantanal (swamp). Settled in São Paulo for six years, he leads the folk scene. He conquered a broad recognition with the reality show  “Sky na Rota do Rock” (Sky at the Rock Route) which led him to present at Rock in Rio on 2017.

His influences go through various types of Brazilian Pop, Rock and folk also the sounds of the borders with Paraguay, Bolivia and Argentina. His soul rock is transmitted to the acoustic instruments in a very original way, so it is seen by the critics as one of the great promises of world music.

Jonavo has played with great singers of Brazilian music such as Almir Sater, Renato Teixeira, Zé Geraldo, O Teatro Mágico and others. He also played with the international band “Playing for Change”, that made a show at his event. With the group Folk na Kombi group he starred a shell´s advertisement in 2015 called “Stage on the road”.

Currently, Jonavo is preparing to release his 1st solo DVD  called “Revoada Acústica”, recorded in the midle of quarentine as a live on youtube. This new project is schedulle to january 2021.